Is GitHub Copilot the future of Coding?

First and foremost, what is Github Copilot: Its is a new service from GitHub and OpenAI, described as “Your AI pair programmer”. It is a plugin to Visual Studio Code which auto-generates code for you based on the contents of the current file, and your current cursor location.

Seems unbelievable and magical that the computers that are made up of programs can now start making code for us. This feature is already present in many other software’s like Gmail for text prediction but predicting what code you will be typing in the future is magical. For example, if we type $ in this php code then based on the context of the current program it would suggest some code:

The grey body of the function has been entirely written by Copilot! You just have to hit Tab on your keyboard, and the suggestion gets accepted and inserted into your code.

Where Copilot differs from other such tools is that it can generate entire multi-line functions and even documentation and tests, based on the full context of a file of code.

How does it work?

Copilot is powered by a deep neural network language model called Codex, which was trained on public code repositories on GitHub. The basic nature of programming is repetitive for basic tasks. Such type of repetitive code can be learned and predicted based on the context of the program written by the user.

Does that mean computers will replace programmers?

NO. Not at all. The code generated by Copilot is many of the times useless or too much extra code is generated. As such copilot doesn’t compile the code before predicting so it has no idea if the code will work or not. Also the code generated may not be optimum or the best possible solution as copilot has learned the code from many repositories which may be good or bad. Based on the search terms and context it would spit out the best possible match but that doesn’t garuantee a better code hence finally human programmer needs to go through the code and use the pieces which will be applicable for the software. Hence copilot will probably never replace a human programmer but it can definitely assist them during programming with appropriate suggestions and corrections.

How to install CoPilot?

You must have Visual Studio Code Installed on your PC. Go to extension manager and search for CoPilot. You can click the install button on the first extension called the Github Copilot. Once installed you will need to Signin to your Github Account to start using it. Once logged in you may start programming as usual and can start seeing auto suggestions which coding.

Popular posts from this blog 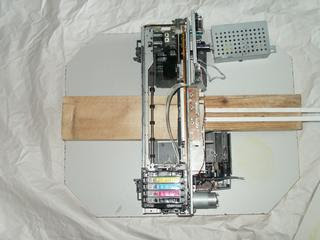 This page details the use of Epson InkJet printers with  pigment  based inks to feed and directly print resist patterns to copper clad printed circuit board stock, ready for etching. Once you can feed the PCB through the printer for etch resist, you can then feed it back through the printer for solder mask (yes! Several people report that it works quite well!) and for a component "silk-screen".
Read more