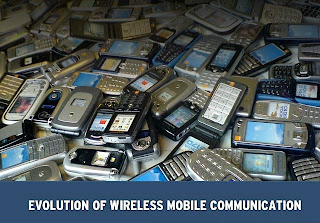 From two-way radios to the latest iPhone 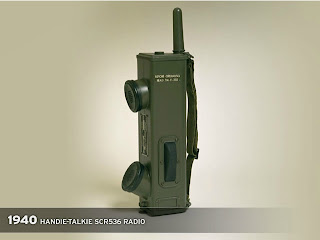 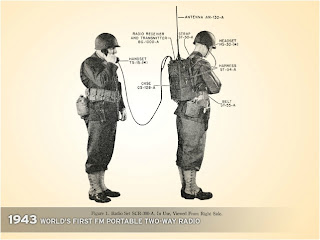 In 1943, Galvin Manufacturing designed the world's first FM portable two-way radio, the SCR300 backpack model, for the U.S. Army Signal Corps. Weighing a hefty 35 pounds, the "walkie-talkie" radio had a range of 10 to 20 miles. (Forget about calling grandma in Florida!)
1956: The original mobile phone from SRA in (MTA system). 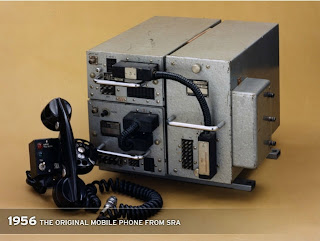 Commercially released in Sweden in 1956, the MTA (Mobile Telephone system A) was the first fully automatic mobile phone system. Weighing a back breaking 88lbs., this was the first system that didn't require any kind of manual control.
1969: Mobile phone in car. 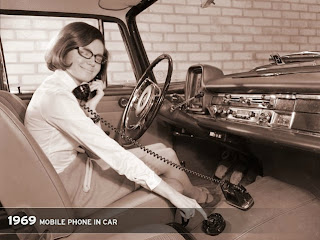 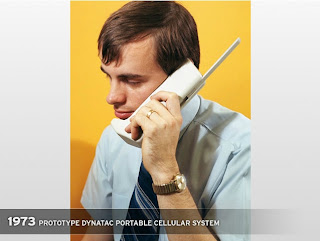 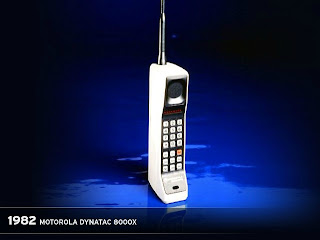 The world's first portable cellular telephone was the Motorola DynaTAC 8000X, which weighed two pounds and cost $3,995, the first version was developed in 1973. At the time, the bulky phone was considered revolutionary as it didn't need the assistance of a mobile operator and could be carried around. As far as capacity goes, its battery could provide 1 hour of talk time and store 30 phone numbers.
1982: Nokia Mobira Senator 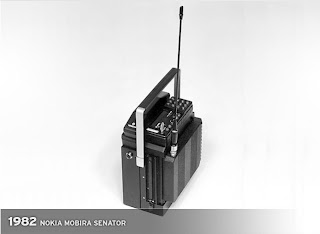 Nokia's first mobile phone was this boombox-looking device, which weighed 21 pounds and was introduced in 1982 for use in cars.
1993: BellSouth/IBM Simon Personal Communicator 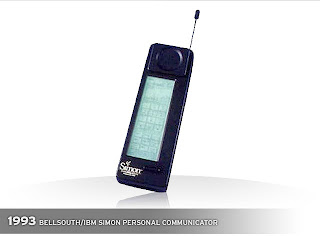 Cellphone with added PDA features was introduced in 1993. The 20-ounce, $900 device was a phone, pager, calculator, address book, fax machine, and e-mail device all-in-one. The phone was jointly marketed by IBM and BellSouth.
1996: Motorola StarTAC 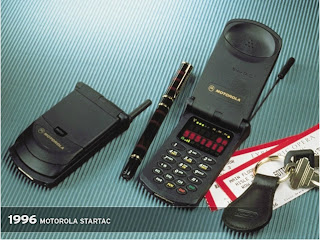 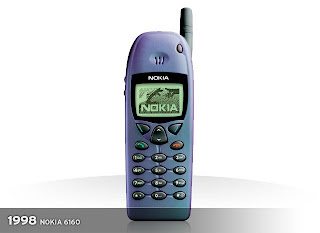 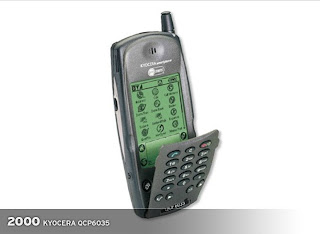 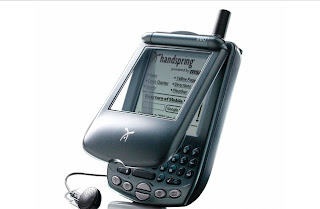 Handspring came out with this phone in 2001 and featured two types: one with a QWERTY keyboard for typing, and another that used Graffiti text input instead. The phone contained 16MB of memory.
2002: Danger Hiptop 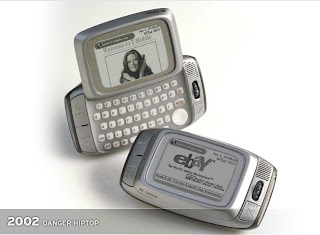 Named PC World's Product of the Year for 2003, the Hiptop was one of the first devices to offer truly functional mobile Web browsing, e-mail access and instant messaging. (Sidekick anyone?)
2002: BlackBerry 5810 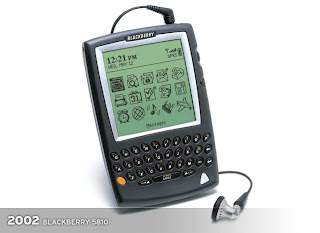 Research in Motion's first BlackBerry with voice capabilities was introduced in 2002.
2002: Sanyo SCP-5300 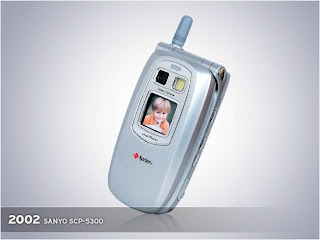 Sanyo and Sprint debuted this phone, the first mobile phone available in America with a built-in camera. It captured VGA (640 x 480) images, which is fairly advanced even by today's standards.
2003: Nokia N-Gage 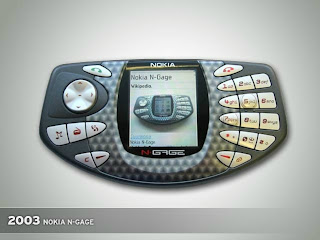 The cellphone/gaming device, which launched in 2003, created a lot of buzz due to its odd shape and sideways receiver. Later versions of the phone fixed most of its design problems.
2004: Motorola Razr v3 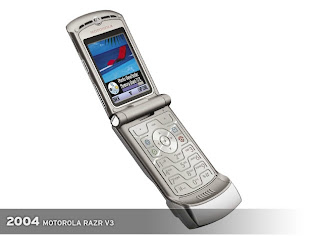 This phone took sleek design and shape to another level in 2004. It remains one of the most popular handsets on the market and is offered by almost every major wireless carrier.
2005: Motorola Rokr 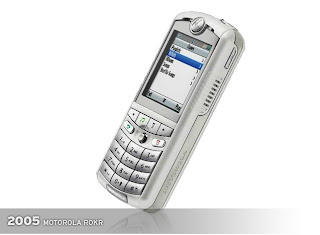 Released in 2005, it was the first music phone to incorporate Apple's iTunes software. Users could download and save a maximum of 100 songs onto their phone. The limited memory and the transfer time hurt the its appeal.
2006: BlackBerry Pearl 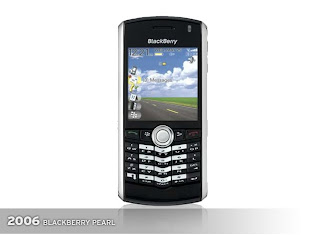 This phone went a step further than the BlackBerry 7100 as far as its features go. The Pearl was the first BlackBerry to include a camera and audio/video player.
2007: Apple iPhone 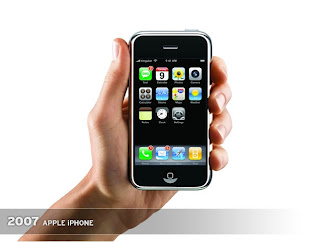 The most anticipated cellphone to date launched June 29, 2007. However, it didn't have a numeric keypad like other phones - it features a touch-sensitive screen. In addition to that feature, it includes a 2-megapixel camera, the ability to sync your iTunes collection to the phone and it runs Mac OS X.
History KnowledgeBase
Location: Mumbai, Maharashtra, India

Popular posts from this blog

This page details the use of Epson InkJet printers with  pigment  based inks to feed and directly print resist patterns to copper clad printed circuit board stock, ready for etching. Once you can feed the PCB through the printer for etch resist, you can then feed it back through the printer for solder mask (yes! Several people report that it works quite well!) and for a component "silk-screen".
Read more